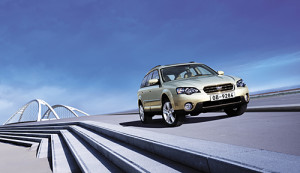 A mileage of about 56,000 km of the 2011 Subaru Outback. Customers reflect: the car has traveled 55213km, suddenly appeared a few days ago with the way the fault lamp is lit, the flame can not be started again after sidelined required stop for inspection.

Fault diagnosis: After the appointment of customers stop, arrange for service technician to inspect the car, using the Allscanner SUBARU SSM-III SSM3 check engine diagnostic system found fault code display P0890 AT self-closing relay failure. In order to determine whether the occasional failure, maintenance technicians will then clear the DTCs, then turn the key to start the vehicle smoothly

With different phenomena seem repair, road test and then accompany clients are not unusual, is it really the fault occasional unexplained? Unexpectedly, when the pit by a speed bump, bumped observed AT OIL flashed on the instrument, and then turn off the vehicle into the shop, connected to the diagnostic trouble code query, or the original fault code.

When attempting to start the vehicle again and found that the vehicle has been unable to start, start the machine has only heard “da da da” sound. Although reproduction erupted fault, but the technician thought it might be battery power loss, or the generator is not caused by power generation. Borrow new batteries from the warehouse, but still can not start after installed.
Honestly in accordance with DTC, it was discovered that the relay fault code refers to is actually TCM power supply.

Check the relay wiring are good, also found no loosening, take down the relay itself checking, the static test and dynamic tests were also normal. At this time he doubted whether TCM itself inside poor contact phenomenon exists, but because there is no site which models of TCM, so I had to relay and TCM loading, try a hand to shake these two components were tested, shaking and tapping TCM, failure did not occur, but beat the relay time, AT OIL suddenly lit on the instrument, then immediately turn off the engine, and the vehicle can not be started again.

Then you can say to defective parts finally determined, that is, the relay inside the TCM has a loose place, and when the road will be bumpy this failure occurred. Replacing a relay troubleshooting.

Attention: When confronted with some of the fault, the fault must follow the judge’s logic, especially when there has been relatively clear diagnostic fault codes make reference, must not be ignored.