I have a mileage of about 43,000 km of the 2013 MB VITO commercial vehicle, there is a problem: Start hanging D block, the vehicle can not travel.

I Have done the following checking:
1. Remove oil pan, ready to swap with the normal vehicle body, and found a large number of iron filings on the oil pan.
2. Remove the valve body, and found there are a lot of iron the body.
3. The presence of iron described internal transmission wear, break down the transmission and found badly worn gear set 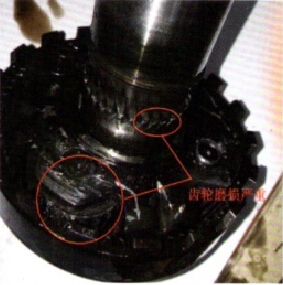 I replaced the transmission assembly, and torque converter cleaning (without replacement) and tubing, then test, fault completely ruled out.

Thanks for the MB SD C4 testing, where I buy it ? I bought it from obd2shop.co.uk !