Received my Kess (reworked) and i want to unlock an ECU of VW passat 105hp 1.6tdi before programming by ecu.
But before trying i installed the bootloader adapter on my kess with an stabile powersupply (13.8v) for testing but i get no 12v on the end of my red wires.
Also connected the “led” adapter to check if i get power and no power.
In Ksuite i see my voltage when powersupply is on, or can i put directly voltage to the ecu instead on the adapter?

Solution:
The tricore module of the kess manages the ecu feeding. Is normal that “in standby” you get no voltage on the red wires.
AFAIK pcr 2.1 cannot be read in bootmode by kess/ktag, just unlock. And is not using tricore module adapter but its own unlock cable already added in china set for kess (i.e Best KESS V2 V5.017 with Red Board).

Regarding the resistors… need to be removed or ecu will not work on car as it will be stuck in permanent bootmode and interlal sw will not be running to make the car live.

There is special cable for pcr 2.1 unlock with kess. Don’t mean if you mess with tricore module adapter it wont work. 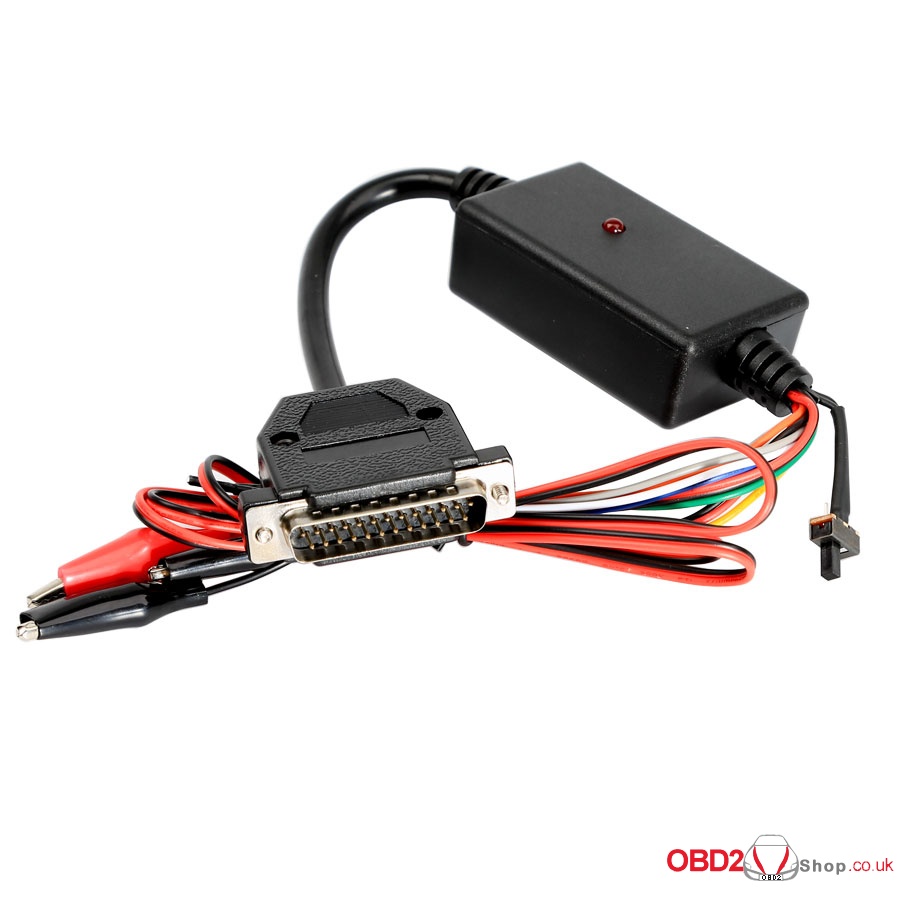 i have past last week trying many thinks on pcr2.1 and bench flashing .
everything wrote below is tested and confirmed working by me on 4 ecus /cars, only on Chinese clone not reworked unit : fgtech galletto v54, ktag 6.070, kess v2 v4.036, ksuite up to 2.15

pcr 2.1 need to be as you know unlocked before writing .

So if you have both tools , prefer ksuite seem to be more stable .

After you get you ecu unlocked in boot mode , with fgtech just remove boot and left pin connection , and read or write on bench .

On ksuite tools , you can’t read or write with ktag , only unlock . (alientech need to work on it…)
with kess it’s ok , BUT , you can’t use the tricore module !

The problem is that the harness is plugged in the tricore module . so you have to build your own bench cable : just get a obd female plug on a scrapyard , and wire +12 gnd and can h/l (kline is not used but you can wire it it will make a universal bench cable) .

The trick to get communication error free on both fgtech and kess cable is to use a strong external psu .

when the tool id or read or write the ecu , the ecu will perform a kind of reset , and the big cap inside the ecu will go charging , causing a drop in voltage if your psu isn’t strong enough to handle it . THAT WILL CAUSE THE COMM ERROR . That’s the only thing you have to take care .

when i made test with many little psu (like one you get with your tools) i have seen 7 volts drop some time , so the ecu is shutting down and no comm .

you can use computer atx psu modded to work on bench (green wire plugged on ground to power on ) i think anything that can provide +12v 2A will be ok . i didn’t need more than 12v just a stable 12V . 14v unstable will not be ok

that’s why on the car you have no problem , car battery can handle the cap charging current .

There is no immo caused comm error on this ecu , psu is the problem !!

Source: http://www.digital-kaos.co.uk/….-bench-unlock-and-flashing-(read-and-write-)-on-pcr2-1
Thanks +reputation to the contributor.