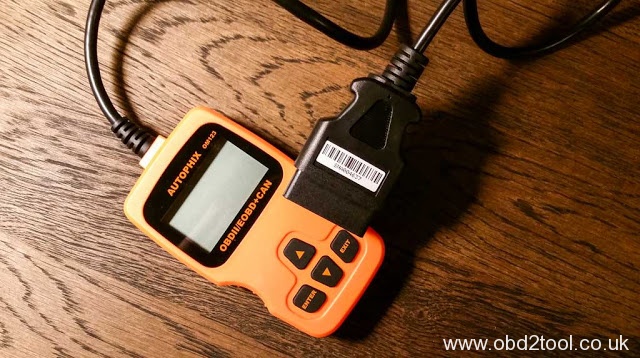 Many motorists sometimes want to be able to learn about the state of his car more than just giving a burning or extinct service lamp. After all, the modern car is increasingly becoming like a computer with wheels. Multiple sensors, entangling basic units and components of the machine, connected to a central control unit, which not only gives the device the team, but sometimes diagnoses, identifying certain faults arising in the car. If the problem is not critical, then its code is stored in a central control unit and the memory at the next maintenance with them will need to understand professionals. If substantial damage, the corresponding indicator lights up on the dashboard and must be sent directly to the service, to eliminate existing or impending failure.
But, like any computer system, the car can fail for many reasons, ranging from poor contact and ending with poor-quality fuel when refueling. If the fault indicator lights up in the city garages at every corner, it’s okay, and you can hold on to the nearest.But outside the city, but on the federal highways, where distances between cities, and indeed human settlements, estimated at times hundreds of difficult kilometers, it is worth to have in stock digital assistant, able to talk about the problem a little bit more than just a burning light bulb with an appeal to stop in corporate service-center.

In the market there are both professional scanners, which cost many thousands of money and are able to recognize thousands of fault codes from dozens of vehicles and simple models, simply issuing a fault code or connecting to a Bluetooth smartphone. But sales are seen and some intermediate device, one side having all the parameters of professional scanners, with another very democratic in price and who can not afford a regular enthusiast automovement. And it is on such a device will be discussed further.

Meet, Autophix ODBMate OM123! The Chinese company Autophix engaged in the development and manufacture of simple devices to connect to the car in order to extract useful information from its central unit. Among the product names have conventional scanners, but the present and highly advanced models, allowing to carry out a truly professional job. Popularity of the devices Autophix high enough that it would have on the market widely sold counterfeits of this company (yes, the Chinese with great pleasure fake Chinese products).

The model number of OM123, perhaps one of the weakest units produced, but even it has all the necessary functions. OM123 works with cars ODB II protocol with the USA, Asia or Europe, issued in 1996, the year. The device can easily determine the error codes in the central block, can read the current errors that occurred before serious errors, and view some of the car settings. In addition, there is the opportunity to see “live” data about the car, for example, speed, RPM, engine temperature, etc., also is there the possibility of obtaining the parameters at the time of the error. Of course, in using the device can not only look at the error codes and erase them, extinguishing the service light on the dashboard. Well, and other functionality, such as connecting to the vehicle’s CAN-bus, the main library of the error codes, reading of parameters such as VIN, CIN and CVN. Of course, support all these functions are very dependent on the car. For example, some machines may simply be unable to identify the device (work on other protocols or work only with a proprietary scanner), while others may only give out the information. Therefore it is necessary to try and verify the operation in each particular case. 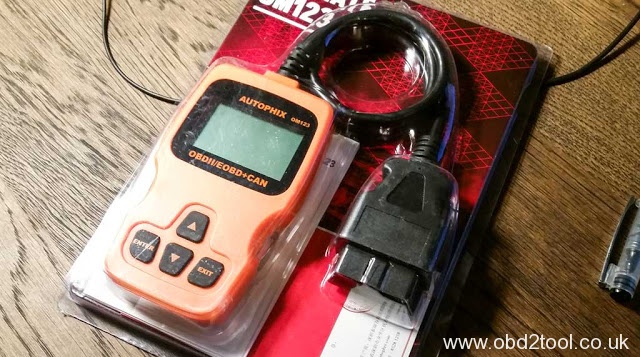 The device comes in a transparent blister pack and has a bright orange body. But this solution is not the only color available.Fans of black, it may acquire OM123 in the case of the classic anthracite color. After unpacking the device, you understand why Autophix so often counterfeited. The device looks at 100%. High-quality materials and flawless assembly. That is what must be made good device, which not only works, but that is also a pleasure to use. The case is a plastic device and is equipped with several rubber buttons and a monochrome LCD display. Necessary and sufficient minimum. By car device is connected via a universal ODB II jack that is made here to a very reliable and flexible cable length and forty centimeters. In moderately long to comfortably sit in the chair, but also short enough that the cable would have a surplus would not hang out at the cabin during a code review. 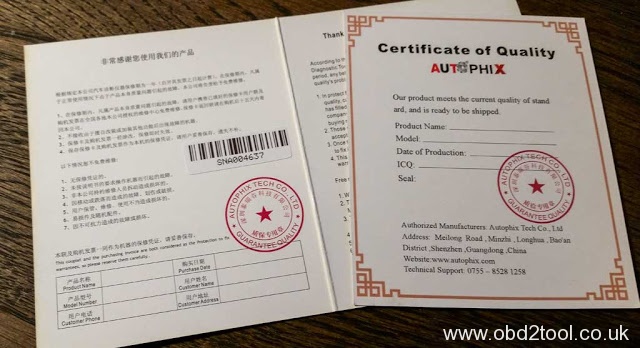 In the OM123 manifests itself as confident as he looks. The buttons are pressed clearly, in his hand, he does not slip on the LCD screen display to read even in low light. It’s nice that the scanner does not require an external power supply, it receives energy for its operation from ODB II connector, and it does not slow down. In tests, it is connected to the central unit in just a couple of seconds, sorting through communication protocols. All declared functions are mutually supported by car to work.Error codes are read, erased, if necessary, the service light is extinguished, current and stored parameters are passed. In general, everything works as advertised. Even nothing to complain about. The only thing on the menu is not possible to select the Russian language, but you should learn foreign languages, do you? 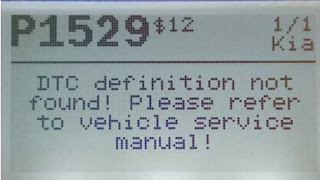 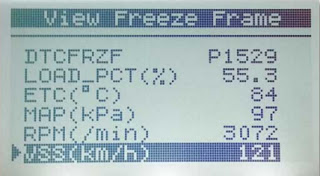 Checking the device (connection was a rare diesel Asian, European women and Asian women pair and mate with Mercedes device is refused), I still succumbed to the temptation and decided to check out what’s inside of this baby. The insides of OM123 were no worse than his appearance. All manufactured industrial way, no “snot” hot-melt adhesive and the “Left” jumper is not found. Everything is perfect. By the way, there MiniUSB port through which you can download updated firmware to the device or load decryption codes for the desired brands and models of cars at the bottom of the device. 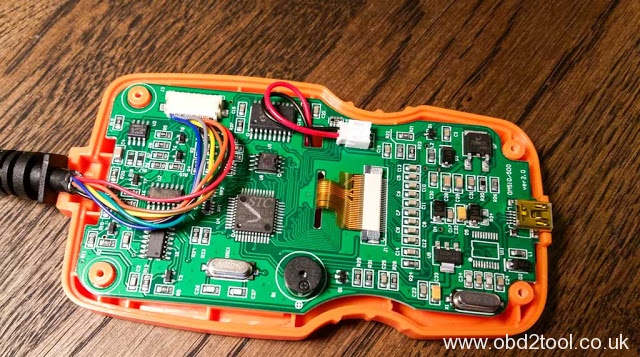 Overall OM123 looks pretty decent, in no complaints and absolutely no mourning for the untimely spent money. This kid can always help out in the far way or on vacation, tell what happened there with the faithful iron horse than he fell ill.