Cusotmers wanna do mileage function might have a problem : Which one to buy ? Digiprog3 or Digimaster3 ? Those two are both the good device, but which one should be the best choice ?

Please do not worry, let’s check the difference between those two divice 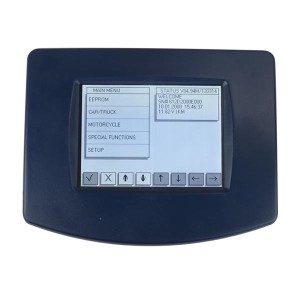 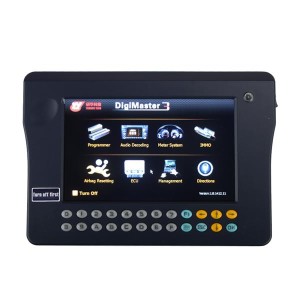 Screen size:
Digimaster 3 has much bigger touch screen than digiprog 3

Way to change mileage:
Both by OBD2 or dashboard

Update:
Digiprog3: Users are not allowed to update by themselves.
Our engineer program update files according to users’ machine serial number, then send to users to update.
Digimaster 3:
Original and update online by users anywhere anytime, and one year free update

Vehicle list:
Digiprog3: Odometer tool for universal car, but cover less vehicle models than digimaster 3, digiprog 3 cannot do well For Ford, For Benz, For BMW, For Opel that digimaster 3 can do.

Digimaster 3:
The Best odometer tool for universal car, such as it can change mileage For ford, For BMW, For Toyota, For Benz, For VW,For Audi,For Volvo,For Renault.

Vehicle year:
Digiprog3: Generally speaking, Digiprog3 cover vehicles from 1996 to 2013(some can do 2014 and 2015 year) the vehicle year it covers differs one from the other based on specific vehicle.

Digimaster 3: Generally speaking, digimaster3 cover vehicles from 1996-2014, some for 2015 year , the vehicle year it covers differs one from the other based on specific vehicle.

Conclusion:
If you want one mileage correction device to do most normal brand cars, you can choose Digiprog3 is enough.But for the new and high-end cars,
you need to use Digimaster 3.

At the same time, if you want to choose one multi-function mileage correction,
the Digimaster 3 is the best choice. Digimaster 3 contains the advanced technology
of programming new keys for BMW and Benz, CAS-BDM reading/writing and resetting;
35080V6 erasure etc.

Hope it would help you 🙂