Issue:
VDC kicks in and the slip light flashes sometimes in relatively slow right turns. It happens at speeds in between say 25 and 50 mph. Any slower or faster than that and its all good.
With VDC turned off it behaves perfectly, no oversteer or understeer at those speeds.

What I did and result:
I had a professional alignment done with a Hunter unit about 2 weeks ago and the spec sheets all came out within spec although we left a little more camber in it to give the tires some more room under compression. The rear camber was set to -2.03 degrees, fronts somewhere around that too but I didn’t take a picture of it, still in the green though.
We set a slight toe in (within spec) in the rear for stability.

It has a little more aggressive turn in than stock and feels a bit loose under hard braking.

When VDC steps in it feels like it jabs the front right brake to correct whatever it’s detecting.

How to do?
Do a scan of the diagnostic system to find any VDC error codes held in memory, you’ll need a Nissan code scanner that can check the BCM and ABS systems as well as ECM codes.

Also, a cold tire inflation of 40.5 PSI sounds higher than any other tire I’ve heard of. Overinflation could cause the center of your tires to bow out and change the contact patch.
the sensor can be re-learned, If you hook up an advanced scanner like a Snap-On Modis or Verus, or a Nissan Consult III, check the indicated steering angle with the wheel pointed straight ahead. I’m gonna guess it’s not at zero. someone probably removed the steering wheel and put it back on off a tooth. They then corrected the steering by adjusting the toe. This will result in a steering wheel that’s straight, but a steering angle sensor that’s not. This can trigger the VDC. 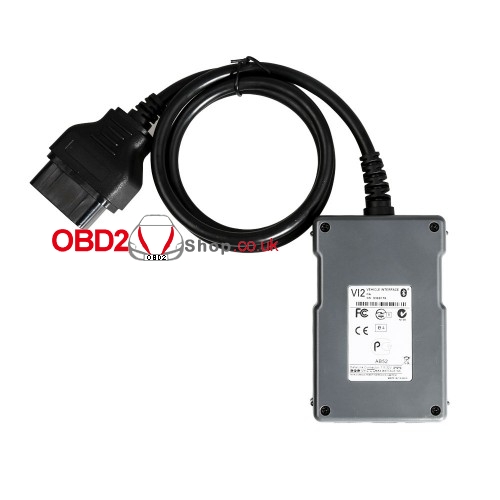 If you can’t access one of that advanced scanner, a mid-level scanner with data display may at least show you what the sensor is reading. You can then turn the wheel until the sensor reads zero and then remove and re-clock the steering wheel to 12 o’clock.

Update at 04-18-2020:
Lowered tire pressures to 35 psi cold, scanned the car for codes and ran a sensor diagnostic test. No codes and all sensors (that my scanner can read) reported back ok. I’m not sure my scanner can read data off the steering angle sensor though, probably not so that is still a possibility.

Went for a test drive and could NOT replicate the issue. I got the slip light to flash once but no brake application from the VDC. Mind you I was swerving like a madman and there was some minor gravel as I passed a dirt road exit so I’m thinking there was some actual slippage going on.

It could be the tires are fresh, psi was too high and the VDC is just way more picky about what the car does than I am. That doesn’t fully explain why it only stepped in while turning right in semi-slow turns though so I’m pulling of the air bag to check the steering angle (gonna compare markings with my old one) and play with the sway bar tomorrow.

Question:
If OP did have an issue where his steering angle was off and the shop that did the alignment fixed it by adjusting his toe back to spec, we would know this by looking at the initial/pre alignment specs right? A before and after would show OP that his toe was off and that the alignment was whack to begin with? could save OP some time removing the airbag to look.

Answer:
It would be obvious if the toe was off that much before the alignment. The steering wheel would be turned a few degrees while driving straight. It would also depend on how many times it’s been aligned since the steering wheel was removed.