BMW X3 2005 airbag light – both dash and overhead are on , so pointing to the passenger air bag. A forum check show a few common airbag fault areas, with the seat sensor mat being a high suspect (the seatbelt lamp for the front passenger seat does not work as well, so I think that might point to the mat, which was subject to a 2008 recall, as a top candidate). A VIN check shows no outstanding recalls, so I expect the mat was fixed on recall by the original owner.

The dealer where I am wants an hour shop time ($130) just to read the code, which is v pricey if I need a 2nd read after any repair to reset the codes (I’m not interested in the kluge fix to bypass the sensor mat)

That leaves me looking for a way to check codes to try to pinpoint the fault location.

I have a BlueDriver by Lemur as well as generic ELM clones that I run with IOS and Android Apps. They are OK on new cars, but all will only read basic codes on the BMW (the same as they do with other older cars in the family fleet – 98 Jag XJ8, 99 Suburban and 06 Saab 95).

Tool to use:
Reading around for scanner options gives me a few possibles. I am a Mac user, so any of the laptop based ones are off the table, leaving me with the Foxwell NT510 as a top choice as I understand it will read many of the 2005 Model year BMW modules, including Airbag. It also pays for itself if I need codes read twice by the dealer and as I understand the Airbag module must be reset by a tool, at least one visit, most likely 2, is required.

Finally!!!
I ended up buying a Foxwell NT510 and am happy with it.

It has an impressive range of capabilities, far more than my other ELM 327 based apps, reading a large range of modules on the car and displaying many “hidden” codes – ie codes that don’t set any dash lamp errors.

2 features that came in especially handy were the airbag test and transfer case test functions.

The airbag test confirmed that the issue with the airbag was a faulty passenger seat mat sensor. The error can’t be reset without replacement (or putting in the kluge that masks the fault and makes the module think things are OK). As the issue is limited to the sensor only and the airbag is still functional, this gives some time to decide how / when to make the fix. At lest we know that the car has airbags in the event of a collision – all that will happen is the passenger bag will deploy even if the seat is empty.

More importantly, the transfer case tests showed that the fluid required change (code 54C6 was set). Once I decided to change it, this lead me to also pull the actuator motor on spec to make sure the gear wheel that has caused problems for many was OK (there were no codes that indicated it was bad). I’m glad I did as I found the gear was worn to the point it was only a matter of time until it failed to operate and the car defaulted to the limp home state when running the calibration routine (which it does on every shut down). Pic of the wear is att.

For these things alone, foxwell NT510 has paid for itself. 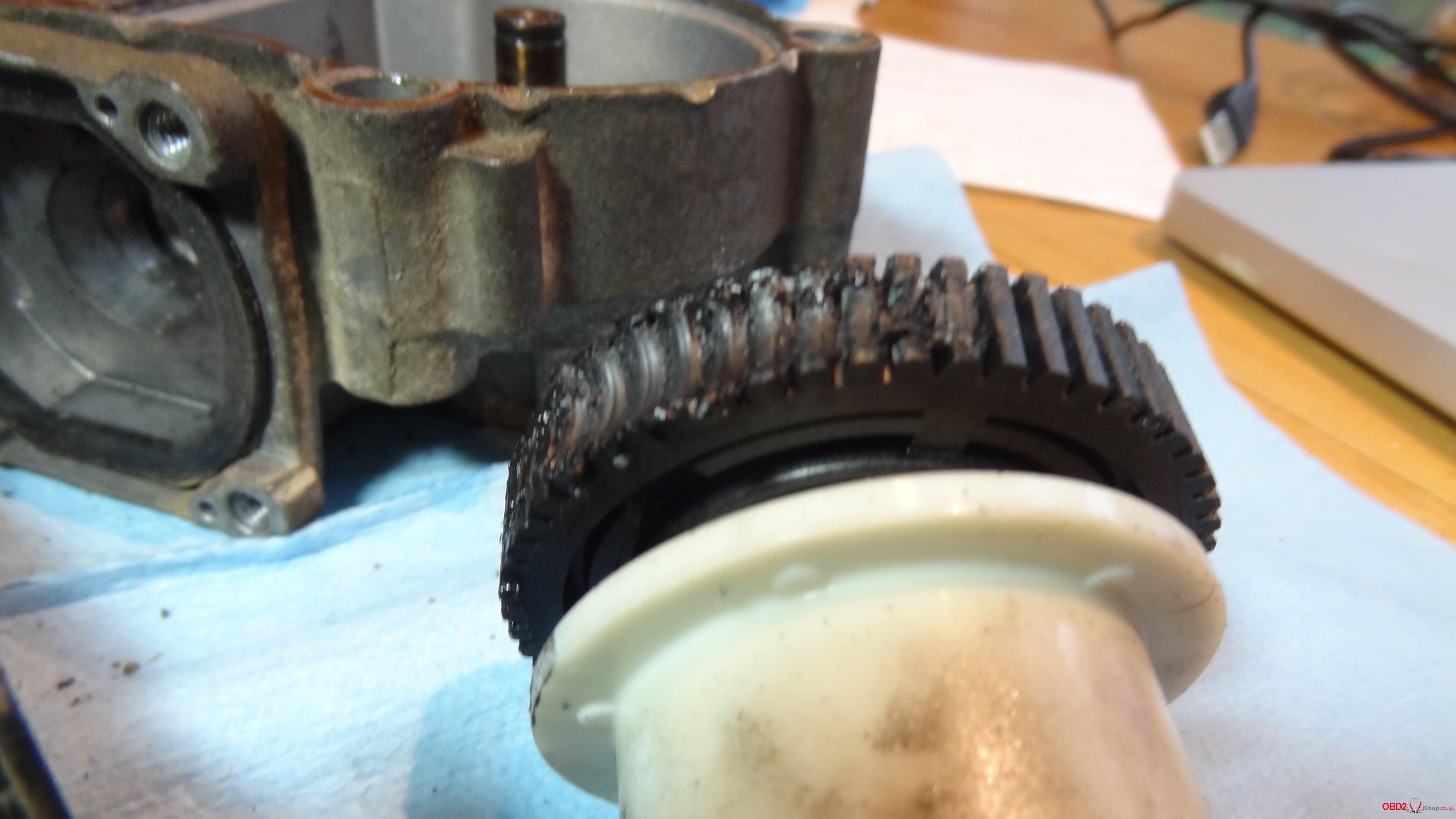