ForScan is used to do:
Tinker with settings
clear codes and customize the electronics in the vehicle.

Hardware compatibility:
Forscan is compatible with J2534 adapters incl. VCM2, MVCI, GNA600, VXDIAG, but it’s easier if you use an OBD2 connection – you use an ELS27 adapter – and unless you have the VCM for some other reason. One thing to note – Ford uses multiple CAN protocols in their modern vehicles. If you’re buying an OBD2 connection tool, make sure it can read the MS CAN signals. 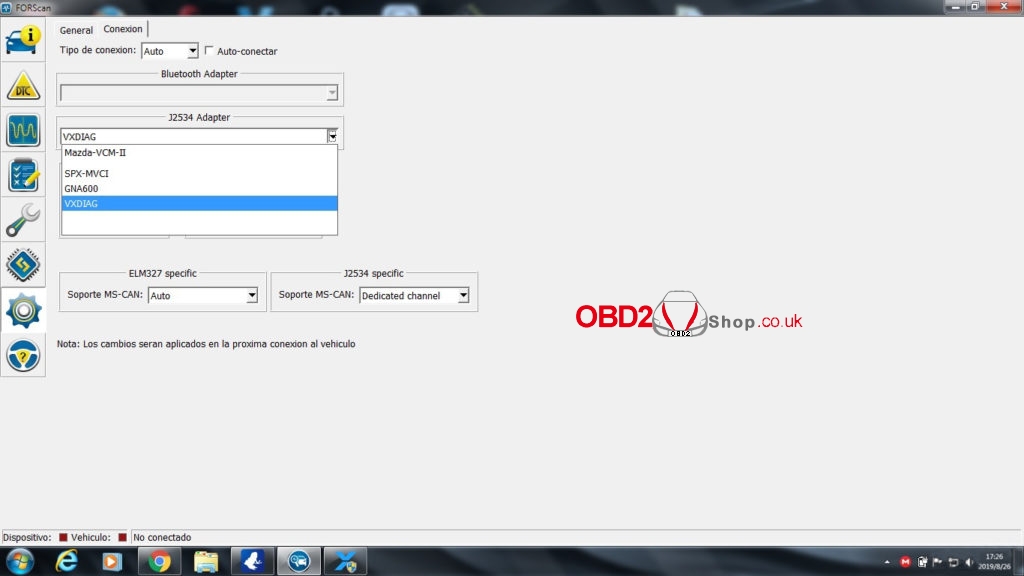 Module programming:
Forscan is a backward engineered program and I brown trousered myself when I did something with it iirc.

Laptop and mobile compatibility:
Forscan can be used in a PC or a mobile (Android or iOS). The main program is for windows (with a version that runs via Wine on Linux, MacOS, and BSD)(Free) then there’s a “lite” version for android/and Iphone (paid)
To unlock the full potential of Forscan, you need the extended license(Free, valid for 3 months at a time) requires an account on the Forscan Forums. you can generate a new extended key any time.
But it is better to use a laptop on windows operating system Forscan is available for android mobile devices and others but doesn’t have full functionality

Image of Forscan on MacOS: 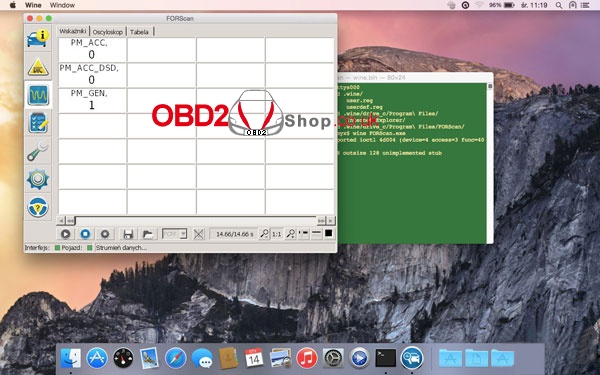 Image of Forscan on Windows 10: 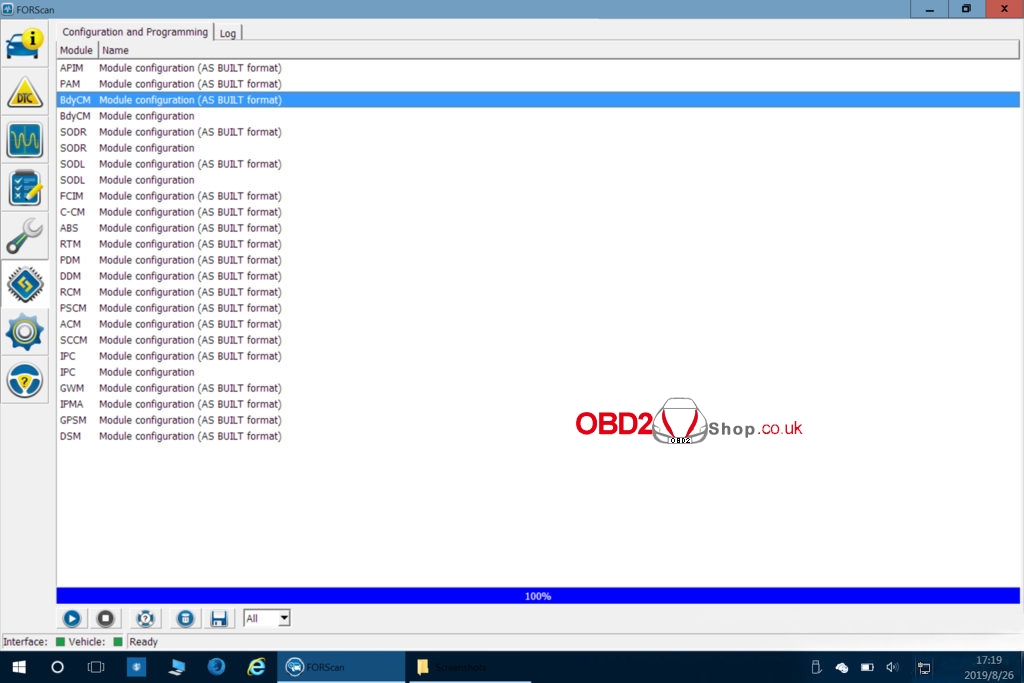 the changes I made:
Auto Start/Stop – disable (haven’t done the optional display or button yet)
Double-honk w/ key disable (gotta do this on my other Ford also!)
2 Push Panic button on Fob
GT Display option
Engine & Transmission Temps above display (FANTASTIC when I start towing!)
Fake Engine Sound (* I used the EASY version on this one, because I was skeptical the single value change would not remove other functionality. It worked, and kept the other value location I was watching unchanged.)

2. Ford IDS reviews:
Used to do things exactly the way the manual says – it’s pretty clear that it won’t let you color outside the lines. IDS is much more capable than Forscan, but for most people that doesn’t really matter.
IDS Price:
You can buy a VCM II and lease out time to use IDS from websites that partner with Ford.
A good VCMII clone (from a trusted source and not eBay) can be had for $175 and is a good choice for anyone thinking of doing firmware updates with FORScan. It’s much better & faster than an ELM27 or ELS27 adapter for firmware flashing.

Forscan license and IDS License:
If you register for an extended license it can perform module programming, pats functions, cal steering angle, dpf regens any incodes required are generated
when you perform whatever task you are doing, it will ask if you want Forscan to generate code or if you want to use an external code generator, so far I have found it easier to do basic stuff on.

but IDS still has the edge for adding extra’s on like cruise and snowflake as the engineering menu gives you plain text options to add whereas Forscan has to be played with to change parameters.
If someone could do a spreadsheet comparing file details before and after pcm/bcmi software changes it would make the need for IDS nearly redundant.
If you have good luck with decent IDS crack, you’ll have no problem with any issues on Ford diagnosis and programming. The crack has no license requirement.

IDS Laptop and mobile compatibility:
IDS is usually used on a laptop, but someone also install the old version on an iOS mobile.
IDS on Windows 7: 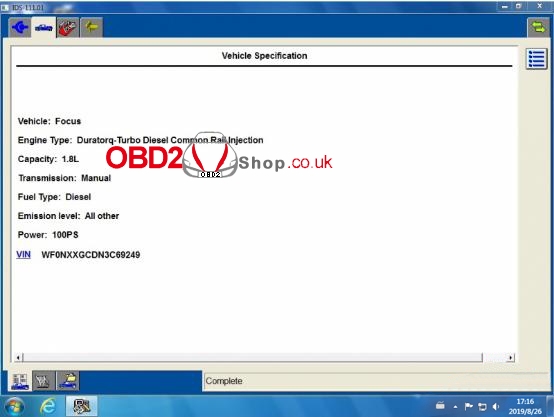 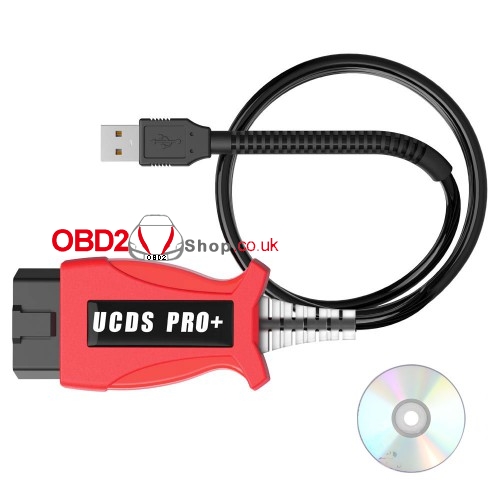 UCDSYS computer compatibility:
Works on XP. You could try WIN7 8 10 as you will. 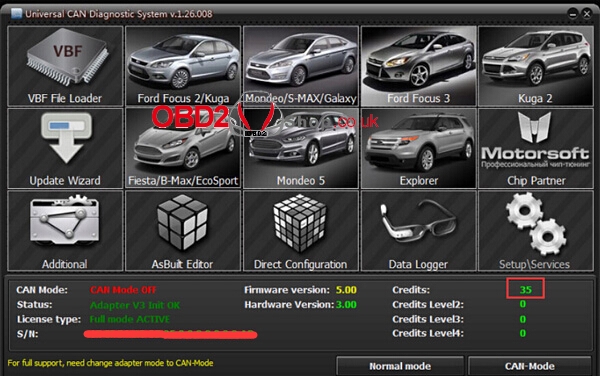 UCDS Ford VS Ford VCM II:
Similarities:
UCDS 1.26.008 has the same data as the ids v114.
Both UCDS and VCMII can support online and offline programming.