Have been trying a few days to install Diagbox 7.83 but keep getting this same activation error.
I have followed Install instructions to the T’
I have installed on windows 7 32 bit which was told is best.
rebooted after every update and pasted an original copy of APPDIAG.SYS back to an original folder yet i always come up with this error of activation after update 7.66 vers _7.44.
all updates before this seem to work up till 7.66 (8.10).
as soon as I do the next update I get activation Error, What am i doing wrong, any help much appreciated, I am at my tethers now, done this install over and over again.

Finally, solved with another installation on a new pc.

Warning!
Warning Diagbox only works as an administrator if you do not have a message telling you to reactivate Diagbox

Do not forget to restart the PC and restart diagbox after each update to finalize it, otherwise, your diagbox will not run.

Exclamation It is advisable to save the file appdiag.sys which is in the folder awroot-bin-fi in case the activation is corrupt Exclamation Exclamation

Many thanks for @ lenain31 from lemondedudiagauto.com

– I try to run my XP disc but it tells me that this PC model does not recognize this type of cd.

3) once found change: Windows 8 UEFI in Other Legacy & UEFI

and voila you can install any OS even linux

moreover, the new PCs have unformatted NTSF hard disks, so you have to reformat them in this format

– anyway it takes 32bits whether for vista / seven or eight

– In any case with windows seven I have no particular problems it works pretty well. It seems to me that Windows 8 is not very different from the 7.

**** Tip: How to install Diagbox sw Windows 7 ****
you need to Disable UAC for Windows 7:
Open Control Panel
Go to User Accounts and Family Safety
Go to User Account
Go to Change User Account Control Settings
Chose when to be notified about changes to your computer –
Make it NEVER NOTIFY
Press OK,
Load Diagbox, or read below first.

– no problems with Windows 8 even upgrade to v7.11

– apparently strongly disadvised to run on Windows 8, but hey it may be able to do all the necessary test to see if it can really work or not otherwise than Windows XP

– Windows 8 not possible to put xp3 on a new machine

– Hi for my part I installed win8 32 everything works fine no problem I made diagnoses in pp200 and lexia for the old Peugeot and Citroen no problem I also installed clip worm 131 also VCDS 11.11.4

– for my part everything works on Windows 8- 32bits, I use XP sp3 compatibility mode to launch diagbox 7.19
more my interface is not flasche and the updates of this one not blocked

– I too diagbox 7.16 opens well under Windows 8 64 bits. It recognizes the wine of the car and works properly. pp2000 does not work

– I work with windows 8 32bits and I have no problem with remote or other.

– I have compatibility on Windows 10, although I’m not running up to 7.65, maybe I’ll give that update a go.

– Just ended up looking at this thread because I have a notification on my Diagbox which I recently installed on my laptop, that says do not install windows 10!
This seems to contradict the fact that its already running on windows 10 and its the 64bit version as well

– Diagbox at the moment cannot run in Win 10

In details… 4 points what you need to consider :

1- You are probably installing (Windows 10) as GPT, you may need to change to MBR, so that you can use IDE (Legacy) hard disk controller, else you will get the dreaded error 0.. Changing from (AHCI) to IDE may impose speed penalty; depending on your hardware..
Controller/Mode types:
• IDE (Integrated Drive Electronics) is the older HDD 40/44/80 pin parallel ATA interface drive. Setting this mode in the BIOS allows the newer SATA drive to emulate an old Parallel ATA drive (Suitable for Windows XP which did not support SATA at that time).
• AHCI (Advanced Host Controller Interface) supports newer faster and larger drives and has the NCQ (Native Command Queuing) extension, which allows hard disk drives to internally optimize read and write commands execution.

Installing DiagBox on Windows where the BIOS is set to AHCI (for better SATA drive utilization) usually fails giving error 0. But it installs and runs on hard disks configured as IDE.

If your BIOS is set to AHCI and windows is installed on a GPT partition, Windows 10 will NOT boot (but Linux will) when you change the BIOS setting to IDE. So in order to boot Windows 10 with the BIOS set to IDE, the partition type needs to be changed to MBR first, then you set the BIOS to IDE or Legacy before installing DiagBox.

However, I have changed the type of Disk on my Windows 10 from IDE to SATA, and my DiagBox current installation still works, see attached photo !!!…

The best and easiest way is to add the other controller type and boot into Windows so that the drivers are loaded and Windows can boot either way before changing from one type to the other. 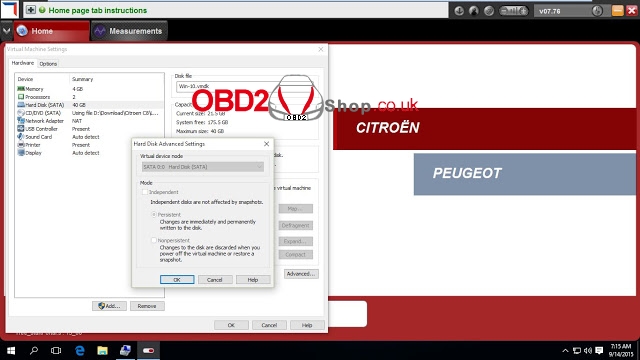 2- You need to install .NET 3.5 if you want to install or DiagBox v7.66 above. I also had Firefox installed.
3- You (may) need to plug-in the Lexia 3 interface and install the drivers “ACTIAPnPInstaller.exe” before installing DiagBox v7.01 to ensure the multyinstance driver is installed.
4- You need to run DiagBox as administrator or in XP compatibility mode for v7.74 and above. Otherwise you will get a message to reactivate.

DiagBox v7.83 is the latest and “may be” the last from Actia while moving to v8.xx. I don’t think any further development is expected for v7.xx, they are unlikely to support a “sunset” product, the release of the new “A.1281 Z” interface could be an indication!! 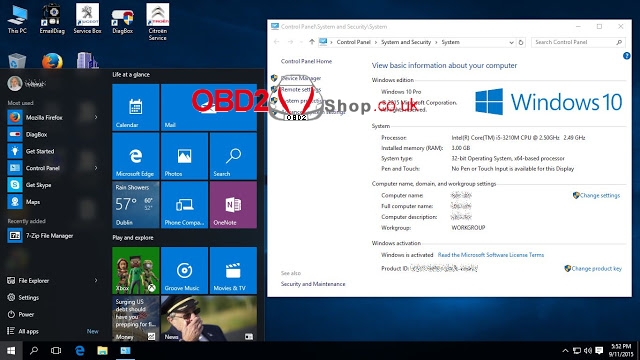 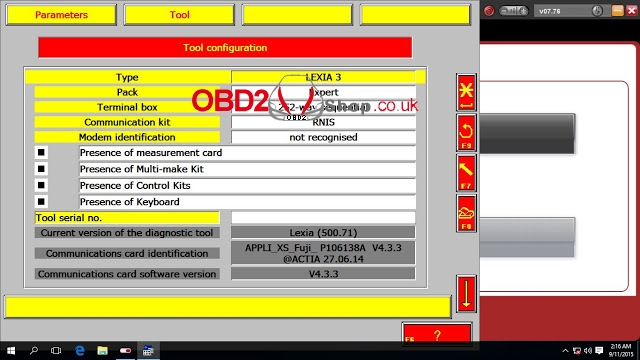