This topic is aimed at the growing number of members that have purchased MB Star diagnostic systems.

1. What is HHTWIN?
Post 1996 OB2 models are fairly easy to read, however the early diagnostic system.
HHTWIN encompassed within the very latest Star system is more difficult to get grips with, so this is a trial sticky topic to address any issues encountered using the hhtwin system.
In essence HHTWIN is a hi-tech version of our LED blink code readers.

The year 2000 is a weird transition period — some MB made in 1999 but the model year is 2000 will be diagnosed from the 38-pin under the hood and thus use HTT-win. Other MB made in early 2000 and sold as a 2000 model will have the OBD port and the SDS will require the OBD cable to diagnosis….and will use DAS.

4. Running HHT-WIN feedback:
1). Read the soft top codes successfully for my 97 with C3 and HHTWIN.
Another hint for those using HHTWIN and at least the C3 diags.
I was having trouble getting HHTWIN to come up from xentry. I would get to a screen with German, then nothing. then I hit enter and got a “Data are being loaded” then nothing . Then I hit enter again and HHTWIN loaded.
Not real obvious how to get to HHTWIN. Don’t know if C4 is the same or not.

so far the HHT has been informative. erased RST codes, top works, going through other functions found some neat ones. Turn on/off headlights, taillights, turn the electric fans onto each of the 4 speeds etc.

2). On my new 2015 GMC Denali pickup, from the dash menu I can use HHT-WIN to change between F and C for outside temp and coolant temp and transmission temp, and between MPH and KPH on the spedo, and between PSI and BAR on the oil pressure. I think I can also change the tire pressure readout between PSI and either BAR or KPascals. And I can even change the shape and location of the various gauges. Spedo and tach stay in the same place, but can change shape and display for oil pressure, transmission temp, voltmeter, coolant temp.
I changed F to C with HHT-WIN. I also activated the rollbar. Kind of underwhelming.

4). It is not quite correct to call them ‘knockoffs’. There are 3 components to the SDS system; the S/W; the computer & the H/W.

The only real ‘knockoff’ in the picture is the multiplexer and I do have one of these that I have been using for 3yrs.

The S/W component is the same MB developed S/W. I consider the fact that the cables are not the genuine MB articles to be an insignificant detail and I judge quality by observable elements & features of construction.

You do not even have to buy system with the ‘knockoff’ multiplexer as there are many aliexpress sellers with the MB multiplexer C4 system.

As far as user interface & learning curve for HHTWIN, it takes some time. You’ll be running full scan straightaway no problem, but delving deeper into reading actual values and modifying settings, that part takes more time.

R129 & W140 had OBD1 systems that were very highly developed and sophisticated. The HHTWIN U/I is an emulation of the MB hand-held tester that was used on those cars.

You get EPC & WIS with the system anyway.

You kind of have pick the system for your budget & geek level. The Win XP based system is bit of a weird installation on the HDD and requires a dedicated laptop for the purpose. You can always swap out the HDD to use the laptop for a different purpose, but the SDS HDD is a MB dedicated unit period and has 4 partitions; a highly modified XP install and lots of geek weirdness that isn’t for everybody.

The later version of SDS got rid of a lot of this geek weirdness, and there’s the wireless multiplexer, etc. I think that’s at C5 level.

5. HHT-WIN FAQ:
Question: Does anybody know for sure if the Win 7 C4 systems from China run HHTWIN? Some of the sellers say their Win 7 systems include HHT, others say you have to get the 2015 Win XP system to run HHT.
Answer: can confirm, Win 7 system dont work!
i had XP, HDD failed, got the latest software, 2017.

Question 2:
I got my SDS last week, initially I chose the external USB disc option but have now installed it on my recently acquired Dell 630. Everything installed well, however when I get to the point of using it and it automatically goes to use HHT(as my car is a 1993 model)it says”diagnostic connector is being initialised” however then it says”com port assigned! close other use!”
I took this to mean I had it on wrong COM port and sure enough I had it on COM 1 but have changed it to COM 2 both on the machine XP and on the virtual XP machine ( I am using the RS232 connector to the 38 pin diagnostic connector) but it said the same thing again, is there an easy fix for this please?

Answer: go to the windows system menu in control panel and under the harware section look at the com port assignmennts and make sure the com port you designated isn’t already assigned to something else.

also, does the dell630 have a dedicated RS232 com port or are you using a usb/pcmcia/cardbus to RS232 converter.

Question 3:
Here are diagnostics results:
(NOTE I can’t edit the values, only read) How do I reset the switches?
reoccurring fault codes after clear and attempt to operate: 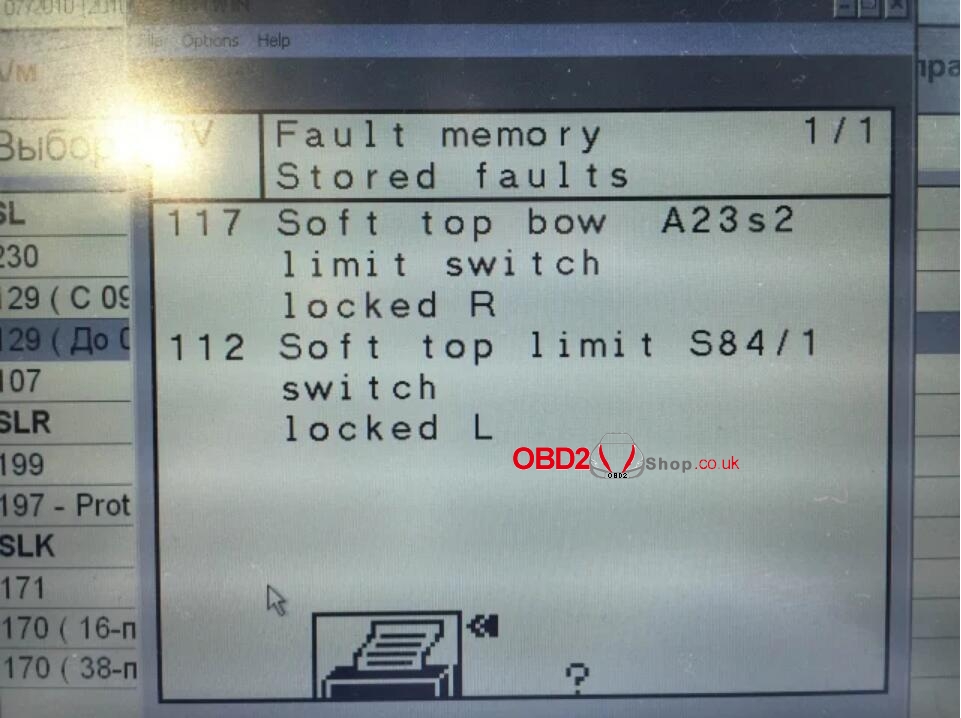 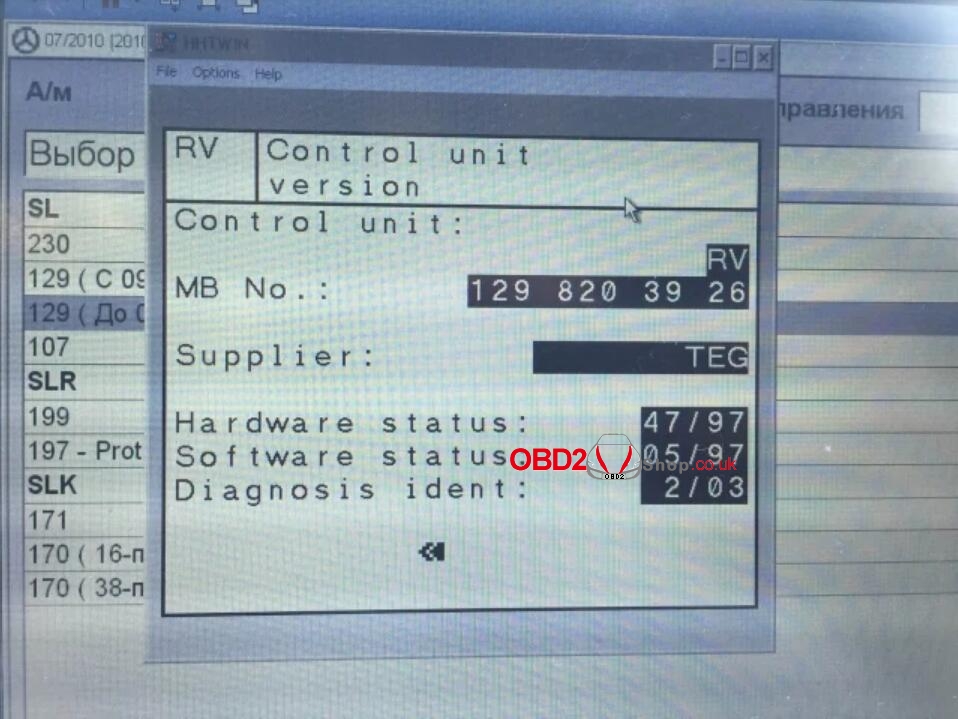 Question 4: How to See Actual / Real-Time Values in DAS/HHT?
Have been directed to get some real-time values through my DAS system from my mechanic, specifically from the MAF along with manifold vacuum values.

I have never really done much with the DAS beyond the system tests and clearing codes – could someone who is more familiar with the DAS give me some direction on where I would read actual values, that is, what’s coming from/to the MAF while the engine is running?