Symptom:
Developed a hesitation/ resistance under acceleration and a slight judder. It’s all pretty modest but it’s definitely there.
The engine management light came on for a short time and then went off again.

Possible reason and solution:
I’ll go with a coil or possibly the high lift solenoid on one bank being the fault .. if coil then i’ll guess no.1 .

Fault code readout will say what the issue is.

2. Also durametric pro is a pretty good all rounder.

3. cheaper one: foxwell nt530 Porsche scanner
This is exactly what happened to me, CEL was flashing then car ran really rough, code reader came up with misfire on Cylinder one, i used the Foxwell NT520 (updated to NT530 now) 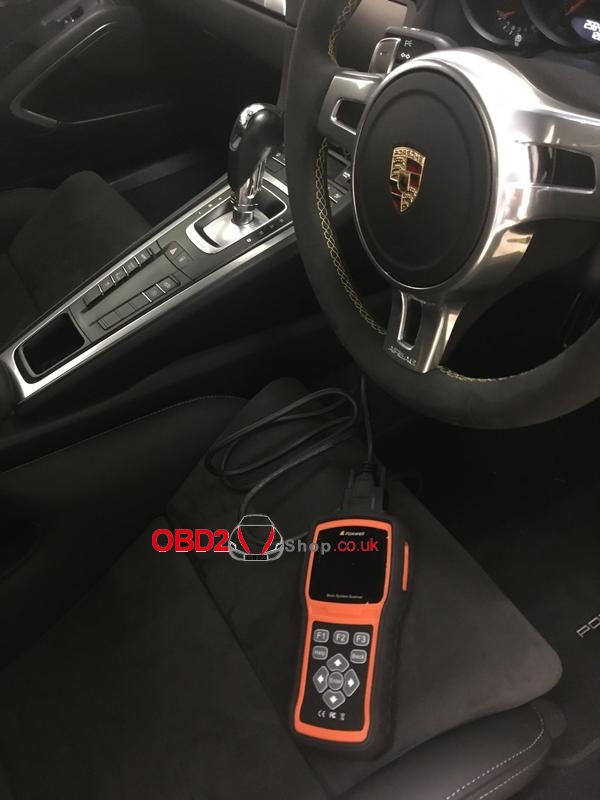 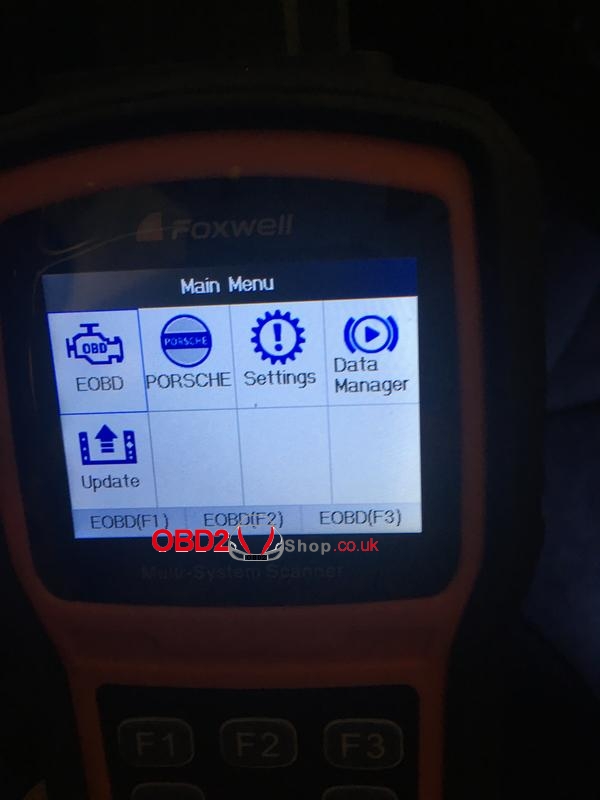 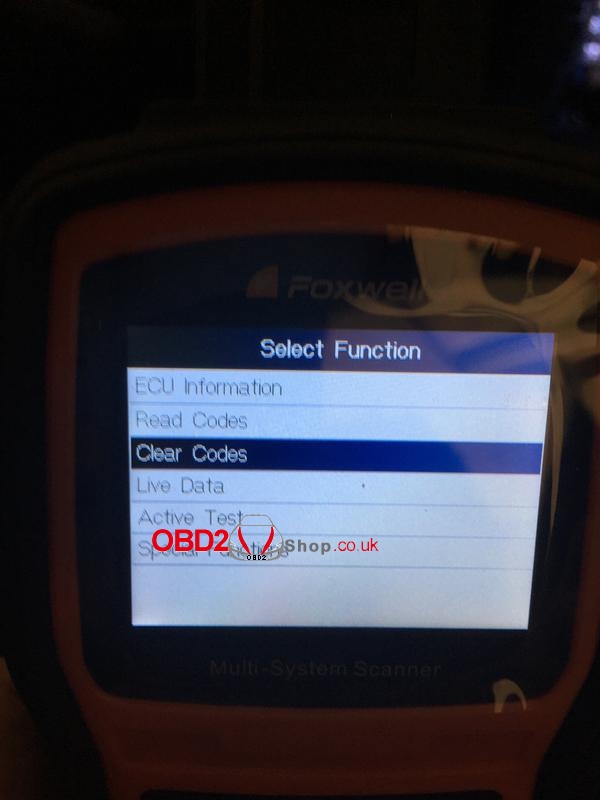 How to do:
The new coil packs are slightly bigger than the originals which make it a bit more awkward, they come with new bolts. 3/8 socket set may be useful. The job can be done without removing the exhaust, but I guess it depends on what facilities you have. Sometimes the plug socket stays on the plug when you remove it, some duct tape sorts this.

Question:
Photos below, one showing the sheared stud
Also note the bumper bracket bolt next to it where it has also sheared. 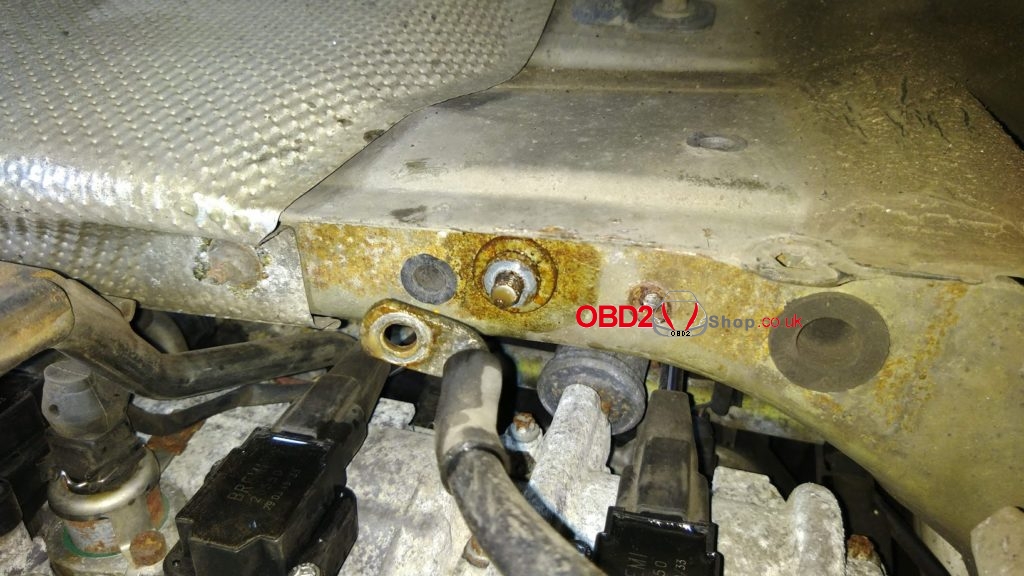 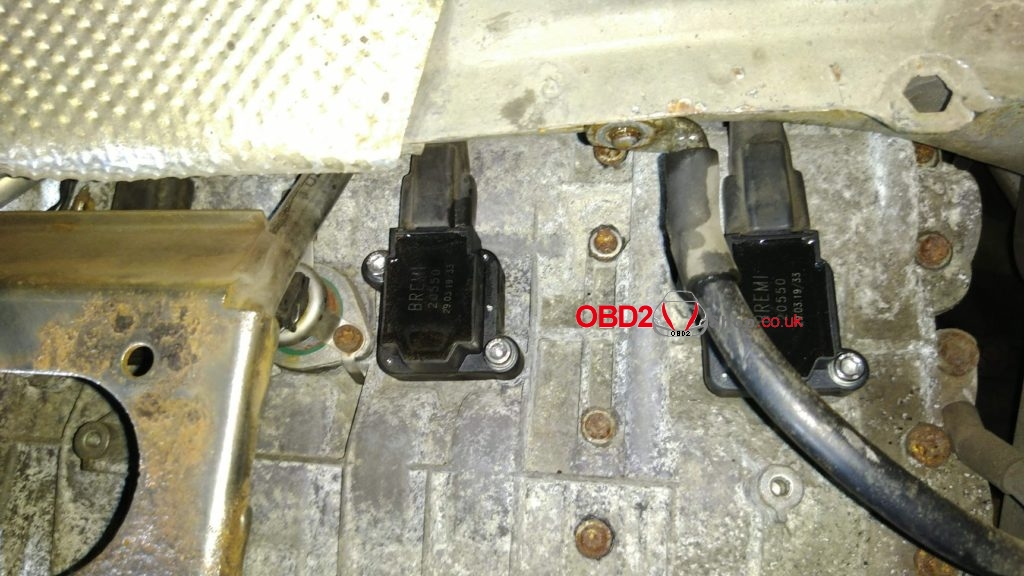 Suggestion 1:
I see what you mean by bumper bracket now .. you can drill a hole and use a self-cutting bolt/screw to reattach that .. it’s no problem if left off for now.

As it stands and after thinking about it your car won’t start .. i remember leaving off an earth lead on an engine drop in the past .. it won’t start.

Fixes .. a welded stud is best .. body shops have this sort of equipment but that doesn’t really help you atm ..

My suggestion if you want to try it.

You use the kit in the link below…

You basically drill a hole, insert the collapsable threaded rivet nut and use the tool to compress it .. you then have something to put a bolt into for the earth lead .

Access is the only problem with the tool .. it will stick out at a right angle from the chassis .. if you have the clearance then this is the best diy i can think of . 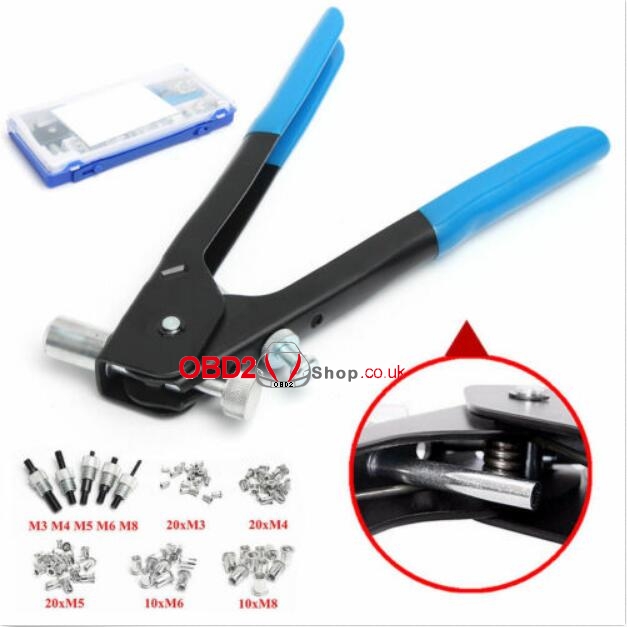 Suggestion 2:
I think you’ve already thought of this idea.
As a temporary or even permanent fix for the earth strap stud, you seem to have about 4 to 6 threads showing. If so, I would try a stainless rod coupler nut with Loctite onto the cleaned threads. Check electrical continuity from the coupler to the chassis. Then a short, M8 X 12 say, bolt to re-attach the earth strap. 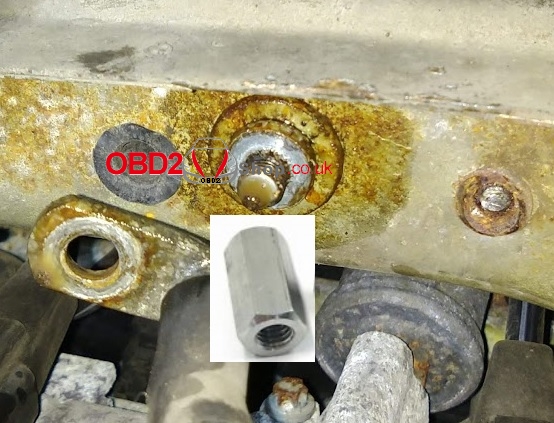 Update:
I have ordered some of the nut rivets and a nut extender.
Looking again today there is about a nut and a half of thread on the sheared stud and I can get an M8 nut on it. Turns out I can therefore get the earth strap and about half a nut of thread on it. Not ideal but will get me to a garage if i need to.
I think the nut extender idea should work quite well.
There is also another whole with a blanking plug in it next to this which presumably I could use for a new earth connection of I needed to? (Using the rivet nut).

I have also drilled out the bumper bar connection snapped stud. This looks a lot like Porsche used their own version of a nut rivet so I am hoping a new one will just slot right in. The original was M6 but if I need to I could do up to M8.

Finally, solved!
I fixed the earth terminal issue with the “nut extender”. It went on pretty firmly in the end and i think looks like a pretty good permanent solution.

Everything is back together and the car is running well. The original misfire has been resolved so confirmed this was a faulty coil pack on cylinder two.

I still need to fix the bumper bracket which is the hole to the RHS of the earth terminal. I will do that when the rivnut parts arrive – probably this weekend.

I also managed a quick oil change today while I had the spanners out. 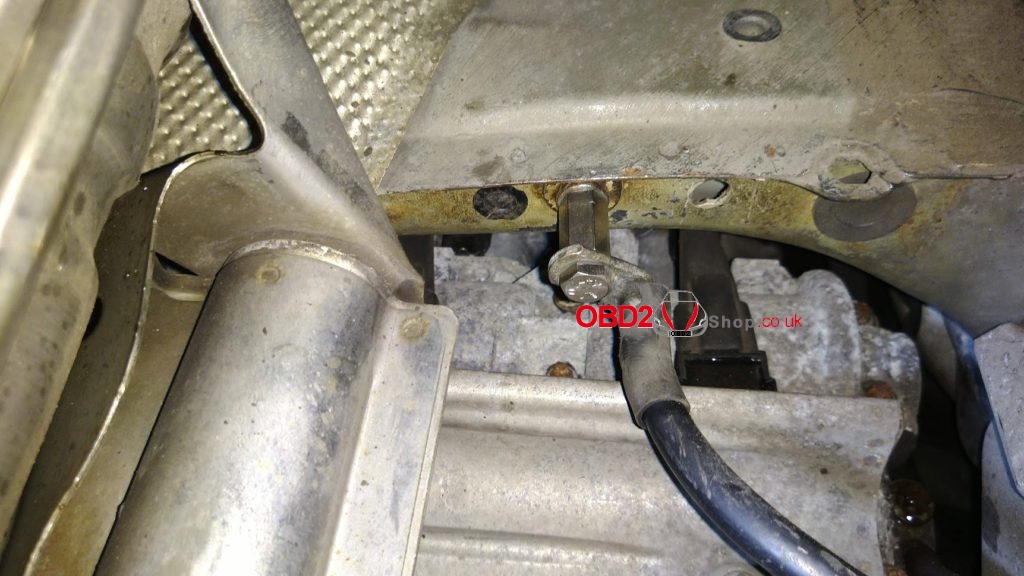